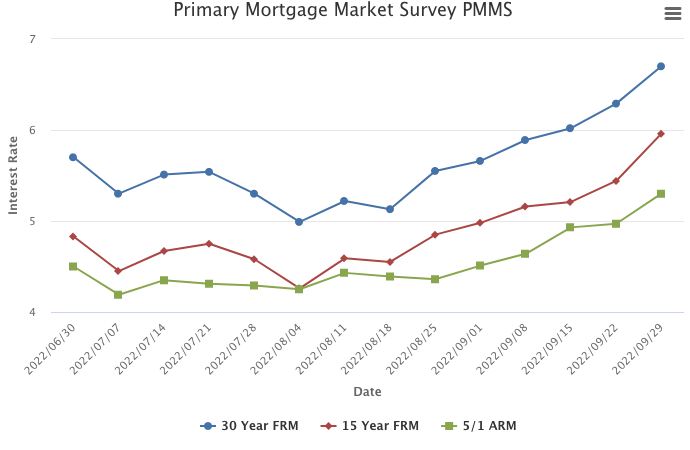 September 29, 2022
The uncertainty and volatility in financial markets is heavily impacting mortgage rates. Our survey indicates that the range of weekly rate quotes for the 30-year fixed-rate mortgage has more than doubled over the last year. This means that for the typical mortgage amount, a borrower who locked-in at the higher end of the range would pay several hundred dollars more than a borrower who locked-in at the lower end of the range. The large dispersion in rates means it has become even more important for homebuyers to shop around with different lenders. 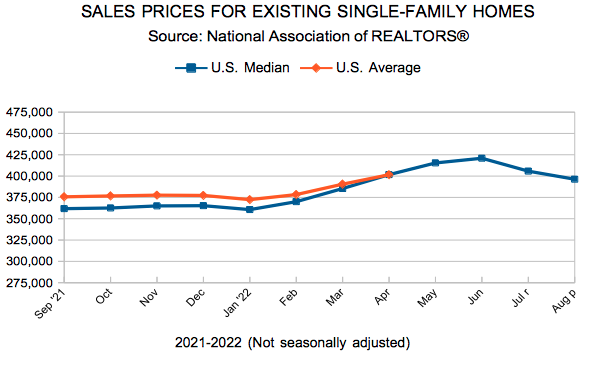 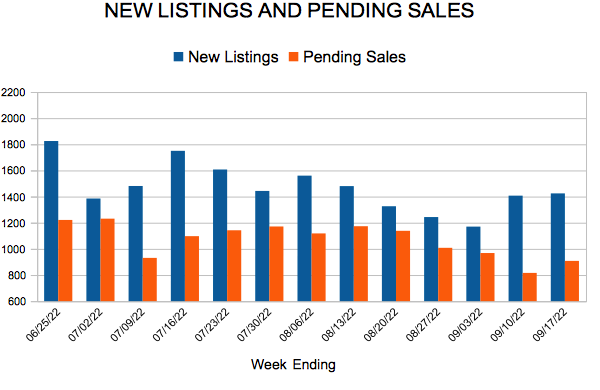 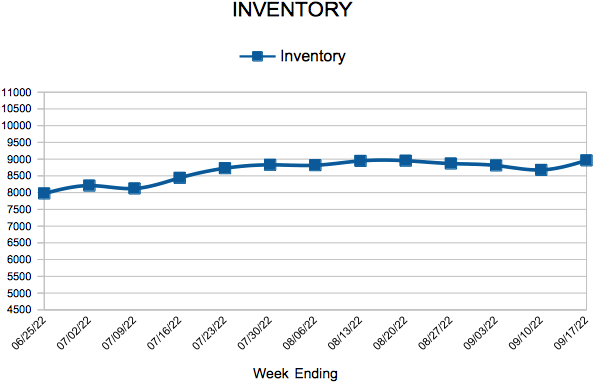 Mortgage rates topped 6% the week ending 9/15, as hotter-than-expected inflation helped push rates to their highest level since 2008 amid growing recession concerns. According to Freddie Mac, mortgage rates are now double what they were this time last year, squeezing homebuyer budgets and causing home sales to slow under the weight of rising borrowing costs.

IN THE TWIN CITIES REGION, FOR THE WEEK ENDING SEPTEMBER 17:

FOR THE MONTH OF AUGUST:

All comparisons are to 2021

(September 16, 2022) – According to new data from Minneapolis Area REALTORS® and the Saint Paul Area Association of REALTORS®, both sales and listing activity were down in August while home price growth has slowed to its lowest level in two years but remains positive. Sellers also accepted lower offers as market times rose.

The median home price in the Twin Cities reached $369,750 but the year-over-year growth rate is slowing. While prices are not falling, they’re not rising as quickly as they were. The 5.6 percent price growth in August is below the roughly 8.0 to 16.0 percent gains seen over the last two years. The deceleration in price growth likely reflects the pullback in demand caused by higher interest rates and economic uncertainty. Closed sales were down 20.3 percent in August compared to last year. Buyers also still face low inventory and limited options, although there’s evidence that’s changing.

“We’re seeing a less competitive landscape as the market has slowed given current interest rates,” said Denise Mazone, President of Minneapolis Area REALTORS®. “But the silver lining is that a less frenzied market could spell more inventory and opportunity for persistent buyers.”

August ended with 8,552 homes for sale, nearly flat compared to last year. Although the region is still a seller’s market, the momentum has been shifting back towards a more balanced marketplace. Month’s supply of inventory rose 13.3 percent to 1.7 months.

Buyer activity has softened compared to recent years. This is partly caused by higher mortgage rates, but it also reflects demand being pulled forward (i.e. sales that would’ve occurred in 2022/23 instead took place in 2020/21). August showed 4,981 signed purchase agreements, 23.8 percent short of 2021 levels and the lowest August figure since 2014. But seller activity reached its lowest level since August 2012. The easing of demand has impacted how quickly homes sell. Homes remained on market for an average of 26 days, 18.2 percent longer than last August.

“Sellers may notice that their homes are taking an extra few days to go under contract,” according to Mark Mason, President of the Saint Paul Area Association of REALTORS®. “But nobody talks about the fact that even this slower pace is still fast historically. A cooling of red-hot demand and a less intense landscape means a more sustainable and accessible marketplace.”

Sellers listed 6,186 properties on the market, 19.9 percent fewer than last August. Many Baby Boomers are choosing to age in place and aren’t listing their homes. Some homeowners are reluctant to trade into a higher mortgage rate on a higher priced home given economic uncertainty. And, some sellers are choosing to wait given their lack of options once their home sells. The industry has also underbuilt housing for about 15 years, and it will take time to rise out of that deficit.

August 2022 Housing Takeaways (compared to a year ago) From The Skinny Blog. 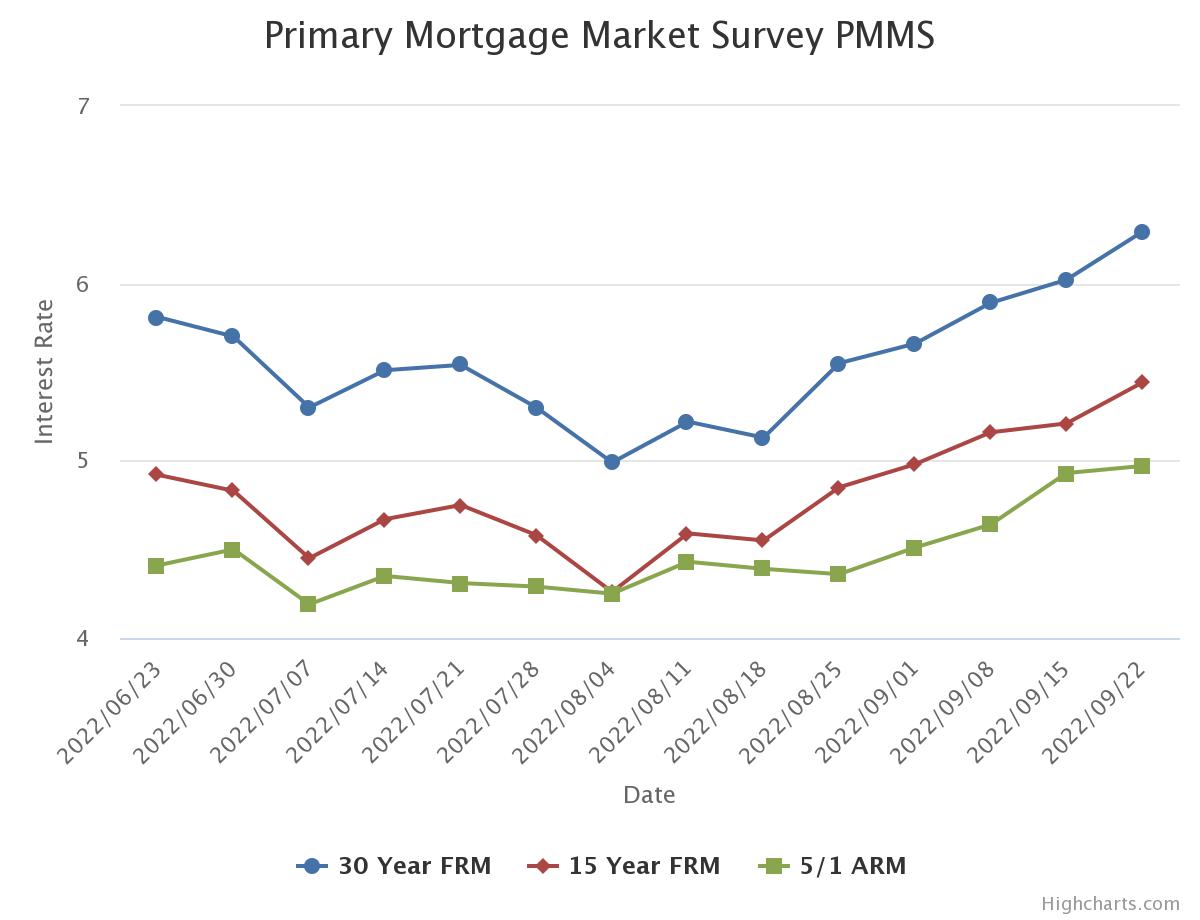 September 22, 2022
The housing market continues to face headwinds as mortgage rates increase again this week, following the 10-year Treasury yield’s jump to its highest level since 2011. Impacted by higher rates, house prices are softening, and home sales have decreased. However, the number of homes for sale remains well below normal levels.Freddie Mac Mortgage Rates 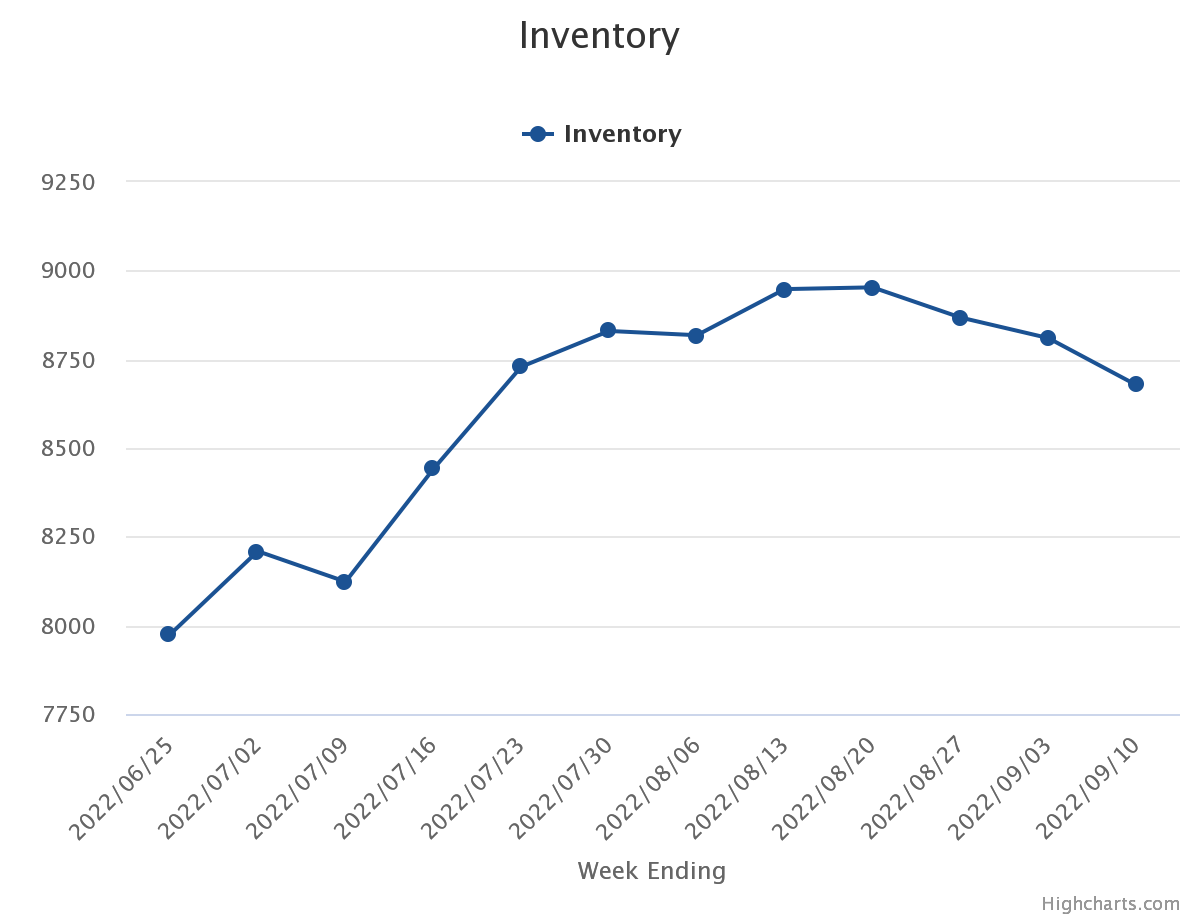 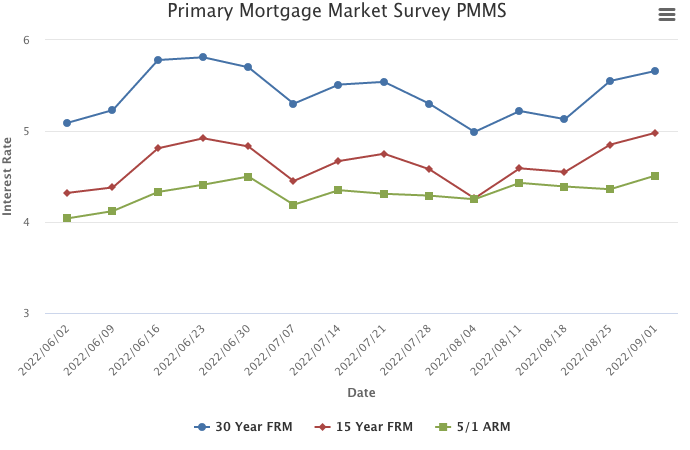 September 1, 2022
The market’s renewed perception of a more aggressive monetary policy stance has driven mortgage rates up to almost double what they were a year ago. The increase in mortgage rates is coming at a particularly vulnerable time for the housing market as sellers are recalibrating their pricing due to lower purchase demand, likely resulting in continued price growth deceleration.

All information deemed reliable but not guaranteed and should be independently verified.